On June 1st, Telecom Fiber served as a sponsor for the 5th Annual Paulding Public Safety Appreciation 5k at Shelton Elementary School in Dallas, GA. This year’s Run with the Badges Glow Run was designated an AJC Peachtree Road Race qualifier. The intermittent rain wasn’t enough to dampen the spirits of over 450 participants in the run benefiting the PPSA, a non-profit founded to aid public safety workers in time of need. Telecom Fiber’s Dave Akins has assisted with the 5k every year since it began in 2013. This year, a number of our fleet vehicles helped define the race route and team members lined the street to show support and cheer on the runners. The strobes on our bucket truck really added to the celebratory atmosphere of the after-dark race! Two of our newest team members, John Henderson and Aaron Jeswald, participated in the race, finishing 160th and 161st overall. Henderson commented that the 5k was a fun experience and that it was “an honor being around such great people and community.” 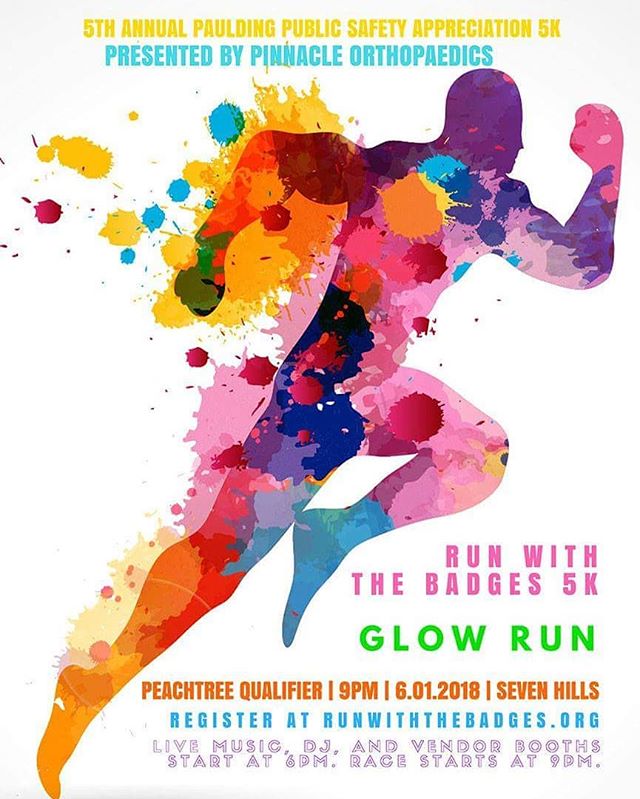